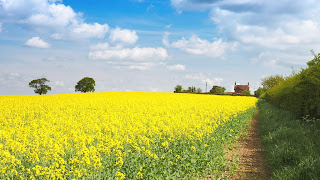 He wakes up every morning,he prays.He prays every day that things will change for the better.He prays every day that things will go his way.Sometimes he doubts whether there is someone out there who's listening because he has struggled for so long.
He has been working relentlessly,sweating under the scorching sun.He uses a little of his meager earnings and saves the rest but it's never enough to sustain his family.There is no one out there to help him out.Begging on the side of the road,asking his priest for alms,trying to borrow from his friends,but there is no one to help him out.Sometimes he thinks of committing suicide,the last option of course,but the idea of leaving his family suffering behind stops him from it!
He has seen it all,he has seen people die and sometimes he is a bit grateful
that he is still alive and well.There are people who drive expensive cars,go to expensive restaurants,wear expensive clothes but not him.He feels like he was left out when others were being blessed by the gods.He still suffers everyday under the scorching sun.Sometimes he spoils himself a bit by buying something 'expensive' but he always breaks down to tears when he remembers that life is still knocking his head back down every time he tries to raise it up.
He looks up to the clouds sometimes and wonders what would happen if he wasn't human.He tells himself that if maybe he was a bird,then life wouldn't be this unfair and that he would be just flying up above everything.An insect here,an insect there and then fly to his nest at the end of the day.He looks down with a face full of sadness and walks along.Today it has rained and the roads that were once dusty are now muddy.He walks along cursing and wishing that he had a locomotive.
He sees a coin on the side of the muddy road and collects it,takes a close look at it and wonders, "why not a million dollars?" it's true that if wishes were horses the beggars would definitely ride.He is now convinced that there is no one out there.The coin gets thrown away in disgust.He keeps asking himself why he has to go home to the same conditions yet he has been busting himself every freaking day."why me?" he asks.There is no way out but to struggle with a little hope that things will get better.
If the gods of luck don't knock on his door,then he will have to wait for his demise.His last day under the sun...